Since the first public release of CentOS back in 2004, many administrators and tinkerers alike began their journey down the path of converting their once free but increasingly outdated copies of Red Hat Linux 7.2 to this promising new community-driven contender. This first migration was triggered by Red Hat announcing the death of a product, Red Hat Linux. Displeased with being limited to monetizing only support plans, Red Hat killed off their stable distribution, Red Hat Linux. In its place, we got Red Hat Enterprise Linux (RHEL) and a community-based upstream product, aptly named Fedora. Unsatisfied with these options, many users jumped ship to the new community-driven upstart, CentOS. As CentOS matured, its reputation as a free and stable production environment grew – along with its popularity.
In 2014 CentOS joined Red Hat and not much changed for six years – until December of 2020 when Red Hat announced they were effectively killing off the CentOS project. CentOS would become CentOS Stream, the new upstream (i.e. unstable) version of RHEL with support for CentOS 8 ending a year later, in December of 2021. This came as a shock to many in the community, at least to those among us that had not previously gone through this with Red Hat in the past. Many in the community feel slighted, as they had upgraded to CentOS 8 due to the initial promise of support through 2029. CentOS’s position as the free stable production environment replacement for RHEL is now a thing of the past. However, just as CentOS was there in 2004 to fill the gap, this time around we have two contenders to pick up the torch from CentOS – and we’re here to help you do it.
In comes the first contender to take CentOS’s place, and one we just so happen to partner with here at GigeNET – AlmaLinux. AlmaLinux was created by the Cloud Linux team as a free CentOS replacement. It is positioned to provide the community a solid distribution from a well-known and well-experienced team of developers. This team has been performing full rebuilds of RHEL for years with their CloudLinux development. They even made it easy to migrate to AlmaLinux from your existing CentOS 8 system. In fact, if you update a CentOS 8 system to the latest version, you can use the AlmaLinux conversion script. Why not? We used it here at GigeNET for our internal systems and the steps are fairly simple. As root, perform the following:

The next contender to step in as a replacement for CentOS is none other than one of the original founders of CentOS, Gregory Kurtzer. He launched a new community-based offering called “Rocky Linux,” named after one of the other co-founders of CentOS, Rocky McGaugh, who sadly passed away in 2004. Rocky Linux stands to be everything that CentOS originally stood to be, a totally free enterprise-grade OS that is “bug for bug compatible” with Red Hat Enterprise Linux. We’re keeping a close eye on Rocky because we’d like to see it succeed as a community-based distro without ulterior profit motives. They also provide a fully open-source build system and a guide on how to rebuild it yourself if you’re tech savvy enough.
Converting over to Rocky Linux is a bit easier, as it does not require you to update your CentOS 8 system before doing so. In fact, the process is just as simple as this:

Currently, AlmaLinux seems to be the more mature distribution – but Rocky Linux is still a solid choice. Rocky Linux lacks support for secure boot, while it is supported by AlmaLinux. Also, while testing the two, we encountered a few bugs in Rocky Linux’s install and migration scripts. Nothing that couldn’t be worked around, but an indication that Rocky Linux lacks the polish of AlmaLinux. Don’t let this dissuade you from Rocky Linux, though – we fully expect it to work out these bugs and catch up to AlmaLinux’s feature set. Either way, as a GigeNET customer, our support staff would be more than happy to assist you in the conversion process. We have both AlmaLinux and Rocky Linux available as an OS choice for both dedicated and cloud servers. However, if you’re currently a cPanel/WHM user, it might be your best bet to go with AlmaLinux, as cPanel has not yet released an official announcement of support for Rocky Linux. Finally, note that these distributions do not provide an upgrade path directly from CentOS 7 or older distributions. The scripts above are intended to work on RHEL 8 based systems only. 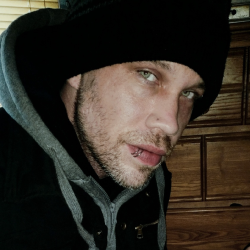 Junior DevOps Engineer Nick is currently a part of the GigeNET development operations team, and has over 20 years experience working with the linux/unix platform. If you currently have a cluster at GigeNET, Nick was likely involved in one way or another, in its creation or configuration.

CentOS Stream and the future of CentOS